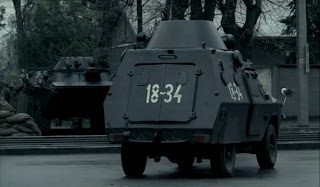 I have decided, rather than just focus on posting cool pictures, I will also write about my Cohorts rise to glory. Or rather, my attempts to win battles. While I have *played* for many years, it has just been un-competitive games against my brothers Tyranids or Eldar, and my friends mixed force of Templars and Tau (lolwuttt).
Having access to a war-gaming club now, I finally have a chance to earn some proper experience.
The club plays 1000 point battles mainly (I think though a tournament on Monday will begin, starting at 750pts, then escalating to larger forces)

So, here are my 750 and 1000pt army lists. Having little experience, I can't wait to see how my internet informed decisions will play out. 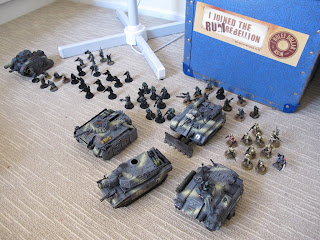 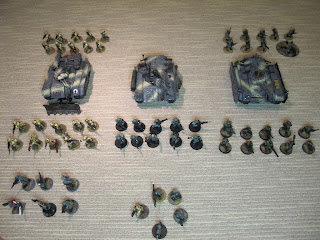 You can clearly see that 20 of my Cadian regulars (as opposed to my steel legion elites :P) are painted in a desert scheme, based off the Australian desert camouflage pattern. I think sadly, I will repaint them this year in order to get a more cohesive army look.
In the 750 list, you have to create a basic force that needs to be included in all larger armies as the tournament campaign thing escalates.
With post these lists, I plan to keep my Infantry defensive, with veterans with heavy weapons providing fire support and my armoured fist squads to go for an objective, all as one, and then hopefully contest an enemy objective. I think this will be easier with the 1000pt list than the other.
So, here begins my mission to become a decent player. If you have any tips for my lists, please shoot away! I can add some more meltaguns, as the conversions are easy, but can't do huge overhauls yet due to model constraints.
Farewell!